To think it’s been nesting right under my nose all this while.

The last and only time I’ve been to Woodlands Waterfront was in the dark with an ex-colleague/friend (Valerie) driving us (Jimmy and self) over for a night of home-cooked food and major catch up 2-3years back… or maybe more.

Anyways, fast forward to the Vesak day long weekend (30th & 31st May) that just sneaked by (at the start of June School Holidays). After 12years plus of my nephew’s first appearance, the kids finally popped by and stayed for a night.

FIRST STAYOVER EVER. Of course I’m going to want to lock it down in words, and then some photos. Embracing the June School vacation, (also happens to be their parents’ 15year anniversary, ROM since 2000) the “kids” basically came by on their own (after some last minute What’s App messages with what-should-I-pack from the girl) via the train and arrived to PLONK THEIR “BEHINDS” INFRONT OF THE TV LIKE ZOMBIES.

In that 1 seating, believe my nephew drowned 9 plain thosai, shared an egg thosai with me and the niece had 2 or 3 thosai. All this – for tea break. Trust the Grandma to pamper them, as they zombie-it-out before the TV. After a quick trip to the supermarket (Sheng Shiong) for last minute items, we headed back and continued to vege-out again till 11.30pm – way past bedtime cause it’s the holidays and they at Grandparents’ place! Of course, I’d join them – long weekend for Aunt too.

Bedtime included some wrapped plan of theirs to form a fortress so that I don’t have no pillows by… hugging each other with all the pillows encased inbetween, below or against them.

Somehow, the kids were still alive the next morning (I kid. I did spend a good 4hours cleaning up my room prior to this). Took us about 2 hours to get them up 55% “energy level” and into the cab and off we went – to Woodlands Waterfront by 10am!

Bright Blue Skies, with sun shinning through for us. 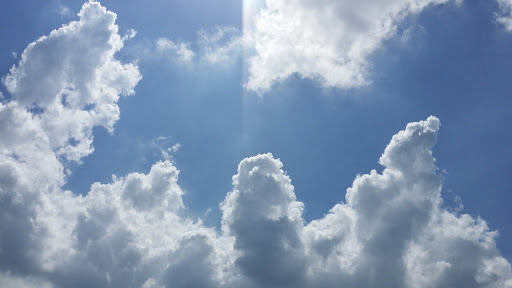 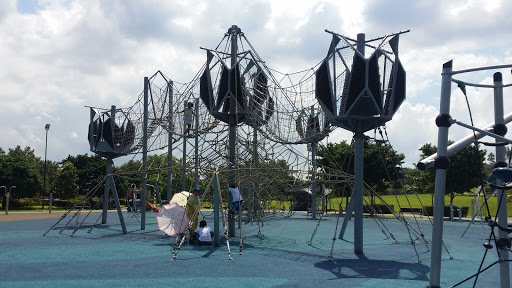 Yes to Picnicy times! Their Grandma (also known as #insiderenemy) prepared Nasi Lemak and me the rest of the Picnic Basket (in a wicked basket that’s been around for years). I usually keep some of the drinks in the freezer and pack them along. By the time we get there – it’s melting or there’s always something else to drink. 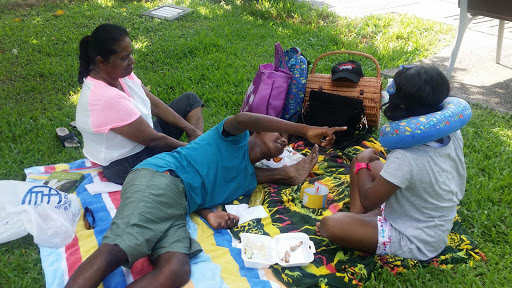 The Sun we could handle, but the humidity almost killed us. Which is when, #insiderenemy and the niece decided they had enough at 2pm and went home first. Nephew and myself continued being mush, just lazing around. Lazing around included us trading Songs-from-Secondary-School-Days, whining about the heat and the nephew cuddling. Which lead us to being in much need of something cold, pronto.
Thank gods for Rasa Istimewa Waterfront, where we went full-on dessert pig mode.
Once back, niece snapped out of her TV-haze and went haywire in my room with her brother. We all did before their Grandma summoned us for Teabreak, this time with home-cooked Idly, Sambar, Sambal and Fish-head curry. The last two dishes specially made thanks to the niece’s request. And then, they left with their folks after a nice adult catch-up session.
A relatively simple and fruitful day in-and-out with the kids. ‘Till the next stay-over!
P.S.: A*s is a bad word according to the kids, so behind it is. Photos are unedited and taken by me with a mere Samsung S4.